Interactions Between Humans and the Environment

Domestication of Plants and Animals

The Neolithic era saw the full-scale domestication of many more animals. Horses, Water Buffalo, Oxen and llamas provided transport and labor.
Sheeps,goats,cattle,pigs, and poultry, yielded meat, milk and eggs. Early crops that were grown were maize, beans and squash

Bantu Migrations in between 1500 and 100 B.C.E Bantu speaking peoples emerged in the River basin of west central Africa and, between 1500 and 100 B.C.E, began to migrate throughout the continent.
Migration of Aryans 1500 B.C.E The Aryans from persia and Central Asia. The Aryans invaded the indus valley civilization. The Aryans blended in to form a truly Indian Culture
The great age of migrations The Great age of Migrations were one of the principal forces shaping European Culture. Most of the people were Germans(Saxons,Angles,Goths) or Asiatic(Huns, Magyars) in origin.

The Small Pox Epidemic has been around for thousands of years. It has killed millions of people. The death rate has been decreasing over time. The Polynesian Settlement lasted for a long time and went on from 400-1300. The Viking Exploration where the Vikings went on the explore the world lasted from 700-1200.

The Beginnings of Major Diseases

The Black Death, it swept through Asia and Europe in the late 1340s, killing over 30% of Europe's population. It traveled through the Silk Road . It arrived to Sicily in Europe in 1347.
http://images.nationalgeographic.com/wpf/media-live/photos/000/033/cache/plague-painting_3338_600x450.jpg

The Irish Potato Famine began in 1845 and lasted for 6 years. It killed millions of people. The Spanish Flue entered the world in 1918 and killed lots of people too. The influenza epidemic began in 1918 during world war 1 and killed an estimated 16 million lives.

Development and Interaction of Cultures

The Beginning of Written records by the Sumerians in 2900 BCE. Writing develops and the first form of the Cuneiform alphabet is created in 1500 BCE. Creations of Philosophies and Religion

The Creation of Buddhism came around 551, the creation of Islam came in 610, and the beliefs of Confucius came 481. 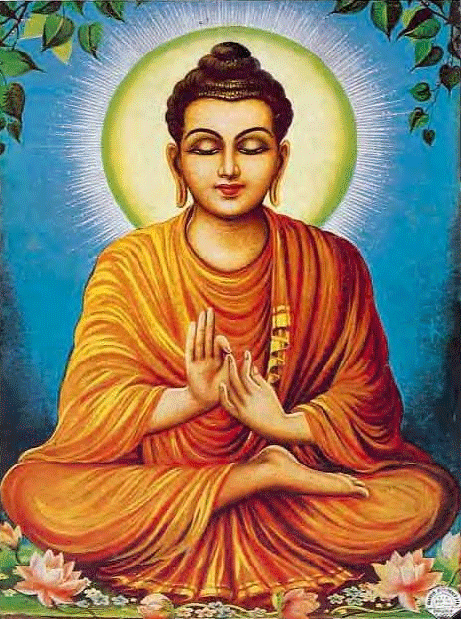 Idealistic Time Period In the World

The Pax-Romana was an idealistic time period that many people wished to have. 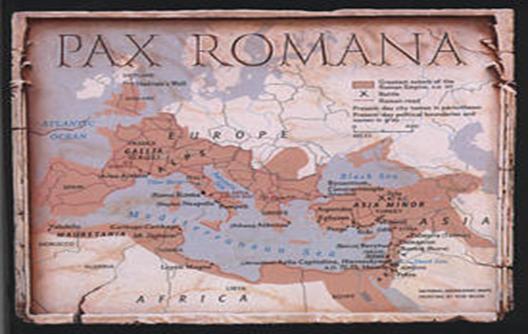 Development of Agriculture and Science

New Agriculture techniques in Song and Tang China that affected the world, They used heavy iron plows and would harness oxens. They had large irrigation systems like dams,pumps and canals. They enriched the soil with manure.

The Spread of Knowledge

Inventions in Europe such as printing press that spread knowledge worldwide.

The Beginning of Movements

Starts of movements such as the Renaissance from 1500-1688 and the Romantic movement in art in 1790. 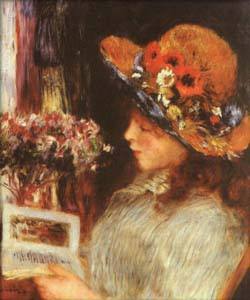 The Start of A Reformation

Many reformations starts, especially the beginning of the Protestant Reformation due to men such as Martin Luther and John Calvin.

A Rise in Science and Technology

The religion of Christianity began and started to become big. 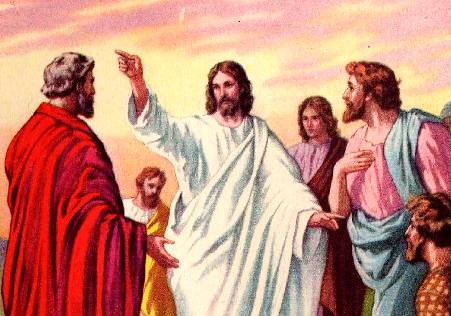 The Sumerian-Babylonian civilization of Mesopotamia, Egypt, The Indus Valley Civilization, and Early China were the earliest known civilizations. The Trojan War was waged against the city of Troy by the Achaeans (Greeks) after Paris of Troy took Helen from her husband Menelaus king of Sparta.

The empire was founded by Chandragupta Maurya, who had overthrown the Nanda dynasty. By 320 BCE the empire had fully occupied Northwestern India, defeating and conquering the satraps left by Alexander. The kingdom was also successful under Ashoka.

New Empires and Dynasties in China The Maya civilization shares many features with other Mesoamerican civilizations due to the high degree of interaction and cultural diffusion that characterized the region. Advances such as writing, epigraphy, and the calendar did not originate with the Maya; however, their civilization fully developed them. Maya influence can be detected in Honduras, Belize, Guatemala, and western El Salvador to as far away as central Mexico,

Rise of New Empires In The World

Tang China, Heian Japan, and the Abbasid Caliphate collapsed and was taken over.

The Capturing of Europe and Asia

Rise and Taking over of Asian Empires 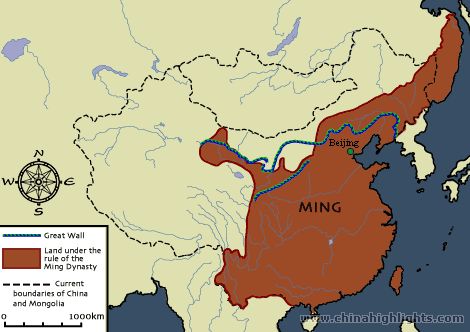 The empire was founded by Sundiata Keita and and became renowned for the wealth of Mansa Musa. The Mali Empire had many profound cultural influences on West Africa, allowing the spread of its language, laws and customs along the Niger River. It extended over a large area and consisted of numerous vassal kingdoms and provinces.

Ottoman empire was founded by Osman Bey. It had territories in Southeast Europe, Western Asia and North Africa. Conquest of Constantinople in 1453 under Mehmet II, the ottoman state was transformed into an empire.
http://www.islamproject.org/images/Ottoman_Empire_b.jpg

Conflicts causing wars such as the Thirty Years War which was a series of wars fought in Central Europe. Religion was a motivation for war as Protestant and Catholic states battled it out even though they all were inside the Holy Roman Empire. Changing the relative balance of power within the Empire was at issue. Gradually, it developed into a more general conflict involving most of the great powers of Europe.

Take Over of the British Empire

The British took control of Canada, Africa, Australia, and India. The Expansion of the United States began. Wars with Mexico and Britain were fought to gain more land. African Colonies being taken over

Colonies were taken over by Britain, France, and Belgium and more.

The Asian Revolution which began in 1905 and the Cuban Revolution which started 1953 was an armed revolt conducted by Fidel Castro's 26th of July Movement and its allies against the government of Cuban President Fulgencio Batista. Expansions of Economic Systems and Development of Social Structures

Creation, Expansion and Interaction of Economic Systems and Development and Transformation of Social Structures

Trades in African During Foundations

Trade in Africa dates back as early as 4000 B.C.E. with the Egypt trading with Nubian's. Items traded by Africans were iron, ebony, leopard skin, and gemstones for pottery, wine, and honey. Later on Egypt began to trade with other nations such as Mesopotamia in as early as 3500 B.C.E. and after 3000 B.C.E. In this trade between these two nations Mesopotamia traded Egypt cedar due to the Pharaoh's liking of trees and the lake of them in Egypt. The Egyptians offered gold, silver, linen, textiles, and dried food in exchange for the Mesopotamian's cedar. The Egyptians also started trading with East Africa, which they called Punt, in about 1450 B.C.E. The Punt today is probably modern-day Somalia and Ethiopia. From Punt they imported gold, ebony, ivory, cattle, aromatics, and human slaves. Egypt and the Punt exchanged many ideas and technologies helping each of these societies at the time. Although there was probably much trade with Africa besides the trade of the Egyptians not much is known about their trade because of lack of writing and information passed from those tribes.

Not a religion but obtains followers in similar way as its religious counterparts.
http://home.comcast.net/~diazstudents/AncientChinaConfucius1.jpg

Indian Ocean trade Network joined East Asia, the Persian Gulf, China and Japan. Goods such as Spices, Cotton, Gold, Silver, and textiles were traded. Major ports include Mombasa, Mecca and Hormuz. The Trans-Saharan trade network, it was the only trade route between Europe and Africa for a long time. The Empire of Ghana was plentiful in gold, but they lacked salt. So the Empire of Ghana traded gold with Algeria for salt. It lasted from 300 BCE to about 1750.
https://mrbarton-fhs-apwh.wikispaces.com/file/view/Indian_Ocean_trade_route.gif/302657498/604x355/Indian_Ocean_trade_route.gif

The Silk road extended 4000 miles from china to europe. The Silk Road was started by Han China and was again revived by the Pax Mongolica. Important cities along the silk road are Samar Khan Kashgar and Constantinople. Permanently separated classes in the Indian community. One could not go up and one can not go down the caste system. The idea of Feudalism was simple, work hard until your back breaks, and in return, you get land and protection.
http://jacksonbbrown.com/ss/wp-content/uploads/2013/02/EuropeanFeudalSystemChart06.03.jpg

This wonderful art we learn in AP world known as "foot binding" was apparently attractive to men in China. This process included a painful and long duration of broken feet pointing in the wrong direction caused by tightly wrapped cloth around a child's foot. Voyages of Zheng He

Zheng He made seven long voyages to Southeast Asia, India, the Middle East, and East Africa. He expanded Chinese trade, gained much knowledge about the outside world, and forced fifty states to pay tribute.

The Colombian exchange started after Columbus discovered the New World. This exchange was between Europe and the New World. Products from the old world to the new world were chicken, cinnamon, barley and diseases such as chicken pox and the bubonic plague. Products from the new world to the old world were Potato, Strawberries, avocado and llama’s.
http://www.sjcdslibrary.net/uploads/1/3/4/6/13461099/5679341_orig.jpg

This includes the major slave trade involvements throughout the Atlantic slave trade, African's were abducted from their home land and sold into slavery through the Atlantic Slave trade network.
http://www.slavevoyages.org/tast/assessment/intro-maps/01.jpg

The Atlantic Slave Trade also known as the transatlantic slave trade, was the enslavement and transportation, primarily of African people, to the colonies of the New World that occurred in and around the Atlantic Ocean. This trade lasted from 1500-1800. The gold trade in Africa was another major trade during that time period. Africa traded gold and ivory with countries from all around the world.
http://exploringafrica.matrix.msu.edu/images/slave_routes.jpg 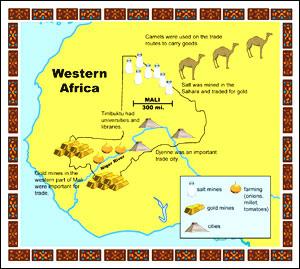 Capitalism In the Modern World

The Japanese closed trade with Europe in 1633 in an attempt to stay culturally the same and not adapt to the spread of catholism in Japan. The picture shows other countries attempting to enter Japan for trade. The Industrial Revolution from 1749-1850 was the transition to new manufacturing processes. It was a revolution worldwide. Economic Globalization began after world war in 1919 and is still going on.
http://economydecoded.com/wp-content/uploads/2014/03/image002.jpg

This group was founded to the reaction of the increased amount of Hindus in the country of India. It went national in 1901 but the first meeting didnt occur until 1906.

Nelson Mandela was a South African anti-apartheid revolutionary, politician and philanthropist who served as President of South Africa from 1994 to 1999. His government focused on dismantling the legacy of apartheid through tackling institutionalized racism, poverty and inequality, and fostering racial reconciliation.